Demands from a Brazilian court - despite it being a different jurisdiction.

by Didi Rankovic
in Cross-Posted, News

Wix, an Israeli company that provides a platform to create websites, has taken down two sites belonging to exiled Brazilian activist and blogger Allan dos Santos, the press in the South American country is reporting.

Santos is considered a supporter of President Jair Bolsonaro, who is locked in a bitter political feud ahead of the October elections, not only with the opposition but also with the likes of the country’s Supreme Federal Court Justice Alexandre de Moraes.

It was Moraes who – as part of his campaign against “fake news and misinformation” – ordered Santos arrested. He left Brazil last year and is now in the United States.

The two websites were taken down on a report Wix received from Sleeping Giants Brazil. A branch has been active in Brazil since 2020, and declares its purpose to be fighting against monetization of hate speech, misinformation, and “undemocratic content.”

According to Brazilian media, the hosting platform reacted on Tuesday to a notification sent by Sleeping Giants Brazil. However, Santos himself clarified on his GETTR profile that it was actually removed as a result of a court order. 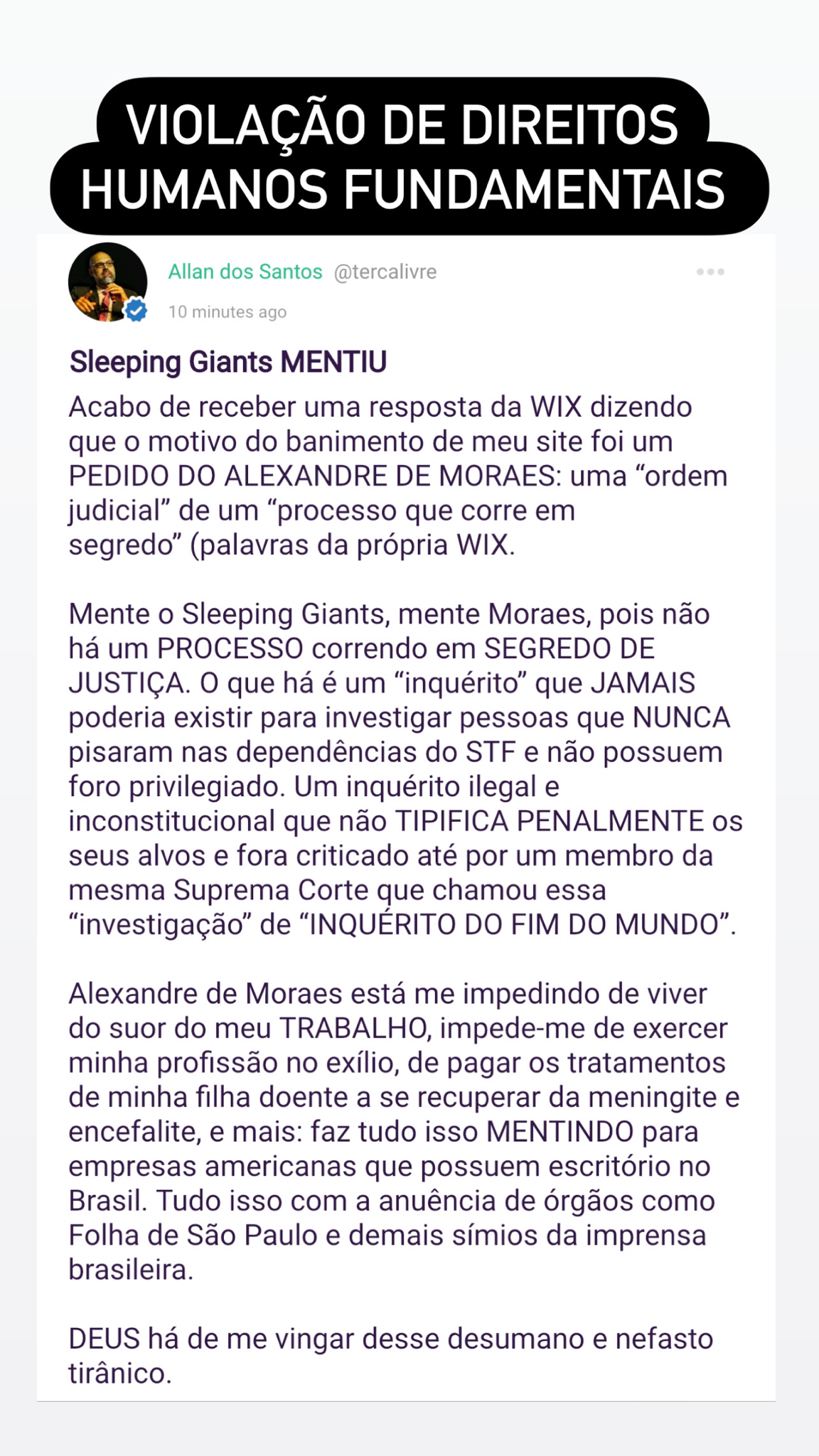 The Brazilian police consider him a fugitive and have requested his extradition from the US, despite not issuing a red Interpol notice for his arrest.

In October 2021, Moraes ordered Brazil’s central bank to freeze bank accounts belonging to Santos and prevent him from accessing his own money, at the same time blocking transfers from abroad.

“The website and account in question were removed and blocked due to a specific court order resulting from a legal process that is being processed in court secrecy and, for this reason, we are prevented from providing more information,” Wix said in a statement this week.

Santos previously operated Terça Livre, a news site that gained prominence during the 2018 presidential election won by Bolsonaro. It was considered the largest conservative site outside the US but was forced to shut down last October, amid censorship and financial pressure.

Welcome to Your Police State Future: You Will EAT CRICKETS and DRINK PEE on a Floating Prison Barge