by Steve Miller
in Cross-Posted, Opinions

A Chinese-dominated mining company has procured millions of dollars in American subsidies to extract lithium in the United States – but, given a dearth of U.S. processing capacity, the mineral is likely to be sent to China with no guarantee that the end product would return as batteries to power President Biden’s envisioned green economy.

Critics say the scenario would increase U.S. energy dependence on a hostile power – one accused of using forced labor in the manufacture of both lithium batteries and solar panels – and undercuts the Biden administration’s emphasis on domestic sourcing of green energy.

“We need the finished product here,” said Glenn Miller, a retired professor of environmental science at the University of Nevada, Reno, who has spent decades in mining chemistry.  “I would hope there is an advantage to taking that lithium and shipping it 200 miles south to process it [rather] than shipping it around the world. We should all be troubled by China’s control of [minerals]. Why can’t we do this?”

While the United States has ample supplies of lithium, it currently falls short on the capacity to process it into a usable form, meaning that the $7 billion in taxpayer money invested in the nation’s battery supply chain will have to include a foreign component. That is almost certain to include China, which produces 79% of the world’s lithium-ion batteries.

Lithium has taken the spotlight in Biden’s energy plan, since it is a key element needed to produce batteries for electric vehicles and solar panel storage. The administration acknowledges the lithium processing challenge – tacitly – in a June 2021 report produced by the U.S. Department of Energy. “The nation would benefit greatly from development and growth of cost-competitive domestic materials processing for lithium-battery materials,” the report reads.

Department of Energy spokesman David Mayorga did not respond to a list of questions on domestic lithium. 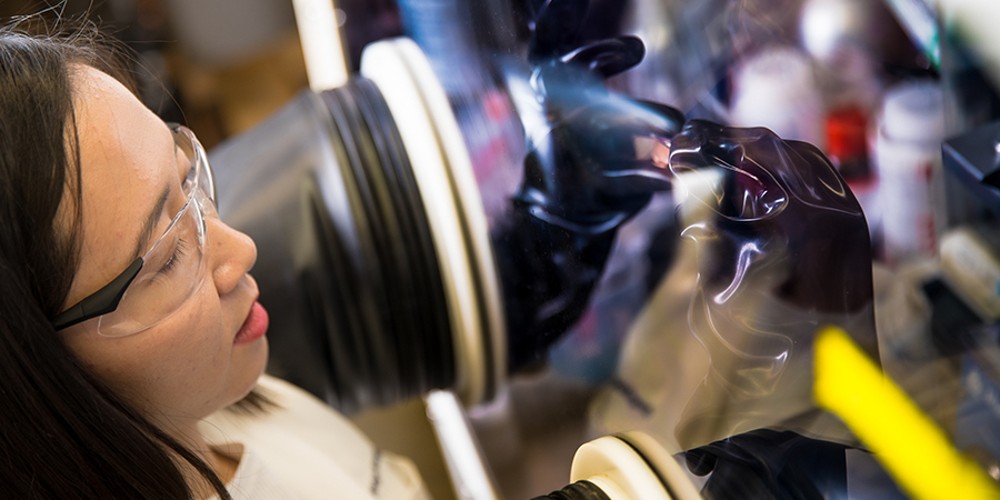 The White House in March issued an order invoking the Defense Production Act, a 1950’s-era law meant to prioritize production of materials in the name of national security. The action allows the federal government to direct taxpayer funds to private companies to extract more lithium in the U.S. – including foreign-based interests.

Prominent in the initiative is Canadian-based Lithium Americas, a publicly traded group whose largest shareholder is Chinese-owned lithium mining giant Ganfeng Lithium, which is currently under investigation in China for alleged insider trading.

Lithium Americas is seeking to mine lithium from Thacker Pass, an 18,000-acre wilderness area on the Nevada-Oregon border. If the mining is approved, Thacker Pass would join a mine at Silver Peak outside of Tonopah, Nevada, as one of the only active lithium mines in the U.S. The company projects it will yield 80,000 tons of lithium a year, which would make it one of the largest lithium mines in the world, producing a quarter of the world’s demand.

Lithium Americas’ local company, Lithium Nevada, has been approved to receive Nevada tax abatements worth $8.5 million. And the parent company has applied for a grant through the Department of Energy, including money that Biden made available via the Defense Production Act.

But there is no promise from recipients of tax breaks and grants that the end product will benefit the U.S. In a statement to RCI, Lithium Americas’ CEO Jonathan Evans downplayed the company’s China connection and skirted the question of whether the mined lithium will go to U.S. partners for processing.

“While Lithium Americas is partnered with Ganfeng Lithium at Cauchari Olaroz in Argentina, [Lithium Americas] owns 100% of Thacker Pass and has 100% of the offtake uncommitted,” Evans said in the statement. “We remain devoted to producing a domestic supply of essential lithium from our Thacker Pass project focused on selling to U.S. focused customers to strengthen the domestic battery supply chain.”

Daniel Simmons, a former assistant secretary who focused on renewables at the Energy Department during the Trump administration, said: “Every mining company that I have talked to wants to see the lithium they produce processed and turned into batteries in the United States. But if there aren’t enough facilities here in the United States, the Chinese will likely process it and turn it into batteries.”

The U.S.’ share of worldwide production has dropped from 27% in 1996 to 1% in 2020 while other countries have increased their mining of lithium since the mid-1990s, when the mineral was used primarily for construction materials, glass, and strengthening aluminum and magnesium.

The growth in worldwide lithium production coincides with the increase in production of electric vehicles. In 2015, less than 30% of lithium demand was for batteries, according to a report from McKinsey & Company, a consultancy. By 2030, McKinsey projects, 95% of produced lithium will be for batteries.

The destination of lithium exported last year by the U.S. has not yet been compiled and 2020’s numbers are skewed by the COVID-19 pandemic. In 2019 – predating the Biden renewable goals – Germany and Japan were the largest recipients of U.S.-mined lithium. Little U.S. lithium went to China in 2020, according to data from the U.S. Geological Survey.

Despite the high strategic priority placed on lithium by the Biden administration, Beijing’s continued push for mineral dominance in the world means that “China will continue to dominate lithium chemical production for the foreseeable future,” according to a projection from Benchmark Mineral Intelligence, a London-based price-reporting agency.

Reliance on Chinese processing of lithium would again put the Biden administration in the politically uncomfortable position of overlooking humanitarian abuses and trade violations by China.

Forced labor has been found in so-called green industries in the Chinese region of Xinjiang, a region home to solar panel manufacturing and some of the country’s major lithium processing plants.

Last week, seven Democratic lawmakers sent a letter to Homeland Security Secretary Alejandro Mayorkas asking why three large Chinese solar firms were left off a list of companies whose products are banned over violations of forced labor rules. Under the Uighur Forced Labor Prevention Act that took effect on June 21, all goods manufactured in Xinjiang are presumed to have been made with forced labor and should be blocked from entry into the United States.

In another recent instance irritating environmental and human rights advocates who are usually in Biden’s camp, the President last week fist-bumped Saudi Crown Prince Mohammed bin Salman, tied to the 2018 murder of journalist Jamal Khashoggi, while on a visit to coax greater oil production from the kingdom and stem soaring U.S. gas prices at the pump. At home, the climate change-focused administration has imposed or proposed policies intended to hinder fossil fuel producers.

U.S. reliance on foreign interests for usable lithium, as well as for solar panels, echoes the situation in Europe, where several countries looked to Russian energy sources over the years before Vladimir Putin’s invasion of Ukraine. That led Germany and Italy to recently announce plans to revamp coal use to supply their energy needs.

There are other ramifications to Biden’s willingness to cut against the traditional Democratic Party grain in energy policy. Mining and solar plant development are disrupting federal lands claimed by Native American tribes as culturally significant. And the Reno-Sparks Indian Colony and the Oregon-based Burns Paiute Tribe have sued the U.S. Bureau of Land Management to halt the Thacker Pass project. They claim the area is a religious and cultural outpost. Lithium Americas had been in talks with the land bureau to build a mine on the land since at least 2017, according to a RealClearInvestigations review of court filings.

Native American communities lean to Democrats and in 2020 gave Biden an estimated 60% percent of their vote, but that support is now counterbalanced by the National Mining Association, a longtime coal-mining advocacy group, which has backed off its favoritism of Republican candidates.

The mining association’s political action committee has for the past decade donated to Republican candidates at a 9-1 pace over Democrats, but this year the ratio dropped to 3-1 as mining companies have warmed to the administration’s move away from coal and into lithium.

Rich Nolan, president of the mining association, did not respond to an interview request.

Gary McKinney, a spokesman for the People of Red Mountain, a Native American group challenging the Thacker Pass mine, sees a familiar ulterior motive at play. “You can’t fix the climate crisis through dirty mining,” he said. “This is all about money, not the environment.”

Scamdemic 2.0: Why BA.5 Is the "King" of Coronavirus Variants