A new blow for press freedom.

by Dan Frieth
in Cross-Posted, News

Editor’s Commentary: In a sane world it wouldn’t have to be said that support for the suffering people of Ukraine is not mutually exclusive with criticism of their corrupt leader, Volodymyr Zelensky. It should also go without saying that opposition to the increasing totalitarianism in Ukraine is not tantamount with support for Russia or their invasion. But we don’t live in a sane world anymore so such disclaimers are necessary to avoid false conclusions made by some readers.

It’s no secret that I am not a fan of either Zelensky or Vladimir Putin. Both are worthy of massive amounts of criticism. Both are either intentionally or unwittingly doing harm to the whole world on behalf of the globalist elite cabal by prolonging this regional conflict and milking it for all the geopolitical turmoil they can get. But American corporate media only highlights the foibles of one of those men, which is why we make certain that Americans are aware of Zelensky’s massive shortcomings as well. That’s why it’s important to share this article by Dan Frieth at Reclaim The Net…

On Thursday, Ukrainian President Volodymyr Zelensky signed off a controversial bill that substantially increases the government’s regulatory authority over the news media. The new law will give the government new censorship powers and is a fresh blow to press freedoms in the country. 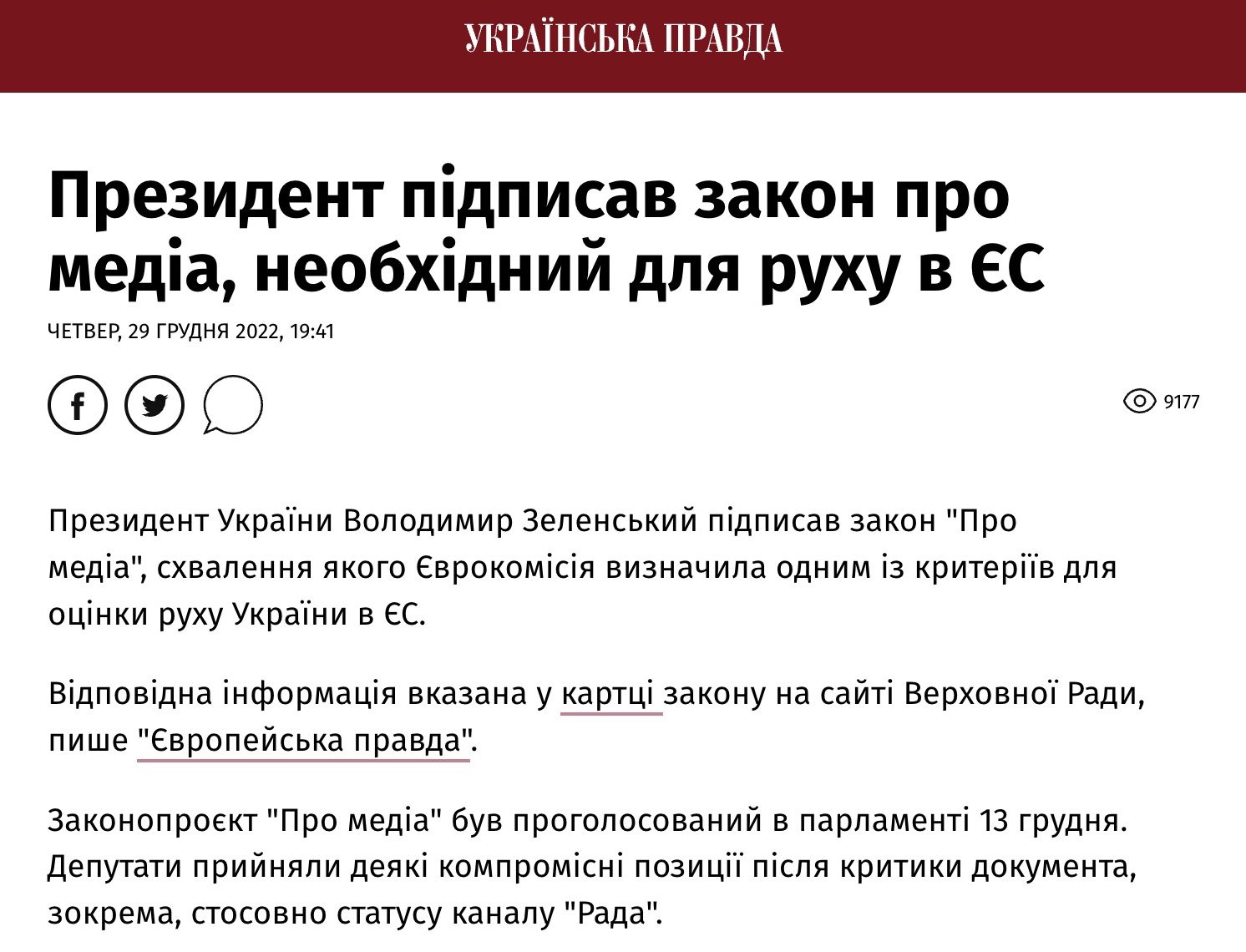 The legislation significantly increases the powers of Ukraine’s state broadcasting regulator to allow it to regulate both the print and online news media. Further, it allows for fines to be imposed on media outlets, their licenses to be revoked without due process, and even some websites to be temporarily blocked without going through the courts. Finally, it gives the regulator authority to order search giants such as Google and other social media platforms to remove content.

Zelensky’s actions are already being criticized by press freedom advocates. As this bill moved through Parliament, members of international organizations such as the European Federation of Journalists and the Committee to Protect Journalists expressed their concerns about its provisions.

“The coercive regulation envisaged by the bill and in the hands of a regulator totally controlled by the government is worthy of the worst authoritarian regimes. It must be withdrawn. A state that would apply such provisions simply has no place in the European Union,” said EFJ General Secretary Ricardo Gutiérrez. “Media regulation should be implemented by a body independent of the government and its objective should be media independence, not media control,” Gutiérrez added.

“Ukraine’s media bill seriously imperils press freedom in the country by tightening government control over information at a time when citizens need it the most,” remarked Gulnoza Said, CPJ’s Europe and Central Asia program coordinator, in a statement. “Ukrainian legislators should abandon the bill, or at least pause its progress in parliament until the European Union can weigh in with recommendations.”

Members of Ukraine’s National Union of Journalists strongly opposed the bill due to its potential to reduce fundamental freedoms within the country. Nevertheless, Yevheniia Kravchuk, the deputy chairperson for Parliament’s Information Policy Committee contradicted those worries by stating that Ukraine’s media legislation had not been updated since the absence of the internet 16 years prior. This new broader bill was needed to bring their media laws up to date and provide greater access to accurate information and technologies.

Half of Chinese Arrivals to Italy Carrying COVID-19 Virus – No New Variants, All Omicron