by Peter Svab
in Cross-Posted, Opinions

I am not an economist but I talk to some pretty smart financial minds. I have to quote one in particular even though I hate using anonymous sources; her bosses don’t know she’s a “right-winger” and that knowledge could affect her career prospects. She texted me this morning, “A lot of economists are fearful that ringing the alarm bell will create a self-fulfilling prophecy, but tell your readers whenever we say ‘2024’ regarding crashes and collapses we’re really thinking ‘2023’ but hoping to stave off the carnage a bit longer.”

It was an interesting quote that I had to reread a couple of times, not because it’s too complex but to grasp the undertones. “Crashes and collapses,” she said. “Stave off carnage,” she said. Sounds ominous. But as I said, I’m not an economist so I’m not sure what to make of it. I asked if she thought I should encourage people to buy precious metals in preparation. She texted, “Supplies first. Then gold and maybe silver.”

Again, ominous. We’ll see how it all plays out but I’m much less bullish about recovery than I was before the midterm elections. It seems like we’re in for some very troubling financial times ahead in this nation and around the globe. When they say 2024 for recession or any other bad economic conditions, assume it’s already here while hoping it never comes at all. Here’s Peter Svab from our premium news partners at The Epoch Times with a complete breakdown of what one economist has been predicting…

“We see this year that the Fed pushes too hard too fast.”

American industry will slow down next year, then fall into a recession the year after, according to ITR Economics, an economic forecaster.

“We’re still calling for more of a slowing growth cycle in 2023, but the original soft landing that we were calling around the end of 2023 now looks like it’s turning into a hard landing in 2024,” Patrick Luce, an economist with ITR, told The Epoch Times.

A key indicator that made ITR change the forecast was the inversion of treasury rates. In July, the 10-year treasury yield sunk below the 2-year one and the inversion has been growing since. Such an inversion signals that investors are wary of the economic situation in the next few years and it historically tends to happen 12 to 18 months before a recession.

Luce blamed the bleak outlook on the Federal Reserve’s aggressive raising of interest rates this year, from virtually zero in March to more than 4 percent now.

“We see this year that the Fed pushes too hard too fast,” he said.

“These impacts, they don’t happen overnight. They take time to manifest themselves in the broader, macroeconomic sense.”

Fed Chair Jerome Powell has been saying for months that rates need to stay higher for longer in order to tame inflation. Inflation escalated from less than 2 percent in early 2021 to more than 9 percent in June. It has since moderated to 7.1 percent in November.

The increase has been attributed to several factors, primarily the gigantic government spending during the COVID-19 pandemic, as well as supply chain disruptions caused by the lockdowns instituted in response to it.

The combination of the two factors “bottlenecked the system,” Luce said.

Other issues cited by some experts as affecting price inflation have been the restrictive domestic energy policy of the Biden administration and the war in Ukraine. Powell has stressed that the Fed has little power over the supply side of the economy, but that he can try to close the production-consumption gap by taming demand.

The problem is, by the time the Fed is satisfied that inflation has been quelled, it may have already tightened the monetary policy too much.

“These impacts, they don’t happen overnight,” Luce said. “They take time to manifest themselves in the broader, macroeconomic sense.”

In its analysis, ITR likens the economy to a train. The cars in the front see the impacts of what’s to come first, while the rear cars are responding with a lag to trends already well underway in the economy.

Then come indicators such as new orders and industrial production. Further down is wholesale trade and then retail. At the rear of the train are consumer prices, which is exactly the indicator the Fed is trying to affect, Luce pointed out. In the housing sector, the upcoming recession is already evident, he noted.

Higher interest rates immediately throttle lending which then quickly hits the housing sector, which is sensitive to mortgage rate movements. Housing permit issuance was down about 11 percent year-over-year in October, leading ITR to consider the sector already in recession.

“That contraction is already underway,” Luce said. “It is our expectation for that to continue throughout next year and even into the first quarter of 2024.”

“As that federal funds rate peaks and if they start to bring it back down, that will also give easing to that affordability situation within the housing market.”

Yet he doesn’t expect the sector to get pummeled as in the Great Recession of 2008.

“Inventories are much lower today then they were back in 2005–2006 as they were leading up into the Great Recession,” he said.

What’s weighing housing down are very high prices. ITR is expecting the Fed to get rates up to about 5 percent and then stop the hikes around March–May next year.

“As that federal funds rate peaks and if they start to bring it back down, that will also give easing to that affordability situation within the housing market,” Luce said.

He noted the housing market particularly depends on locality, meaning some areas will likely see major crashes while others perhaps a mere slow-down.

Tech is another sector that will see the recession arrive early, ITR predicts. The industry was “stimulated over trend” during the pandemic and is therefore “more susceptible to the pullback in kind of that post-COVID era,” Luce said.

The rest of the economy is likely to sink into a recession in early 2024, albeit a relatively shallow one, ITR expects. From a GDP perspective, the recession may resemble the “flat and bouncy” one of 2000–2001, Luce said.

From industrial production perspective, it would be close to the recession of the late 1960s or early 1990s. “Definitely more mild than what we saw during the Great Recession,” he said.

The recession wouldn’t cause deflation, he explained, but rather “a temporary reprieve” in inflation.

For the rest of the decade, ITR expects inflation to remain elevated. For one thing, Americans are getting older on average, which means a shrinking labor pool and upward pressure on wages. In addition, during the pandemic, many people who were working despite retirement age have called it quits and don’t seem to be coming back.

“When I look at the labor force participation rate, the majority of demographics are back on trend, but folks over the age of 65 especially haven’t gotten back to that participation rate from the COVID era,” Luce said.

Moreover, the pandemic and lockdown woes have prompted an “onshoring trend” of companies reducing dependency on foreign supplies and bringing production to the United States. That also boosts domestic labor demand.

A shift toward higher inventory levels to bridge over potential supply disruptions is also inflationary as it kills some capital productivity.

“Those trends are real and we’re feeling them,” Luce said.

If the Fed insists on its mandate to keep inflation around 2 percent, it may run into “structural” factors “providing more inflationary pressures above that 2 percent level,” he said.

The ITR forecast assumes the job market will remain “strong enough to support ongoing real income growth” and that food prices will “moderate or come down,” Luce said. 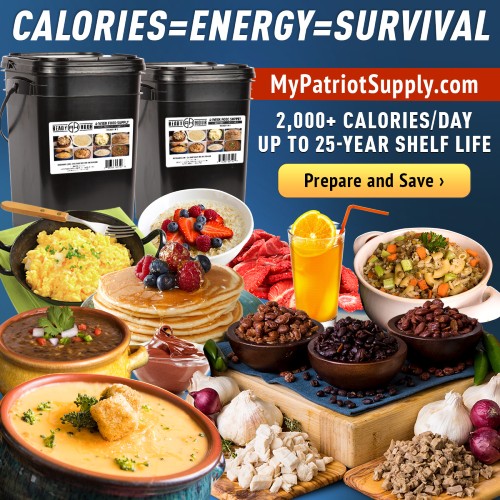 Another caveat is that ITR bases its forecasts on market forces—it doesn’t try to guess what the government may do, for example, in response to a recession.